With Divided Elements in the hands of my copy-editor, I’ve been using July to get some new writing done. Having signed up for both #JulyWritingChallenge and Camp NaNoWriMo, I was worried that my efforts would falter the way my first attempt at NaNoWriMo did – a lot of angst and procrastination, not much writing. Pleasantly enough, I am slaying it! (Already at 12,000 words (I set my target at 15,000))

The two secrets to my success?

The second secret is the important one (at least, for the purposes of this post).

I’m not sure whether it is pure genius or a product of my creative limitations, but it seems to be working. The thing is – when I get an idea for a story, it usually goes like this:

And that’s usually where the ideas run out – not because I can’t think of what happens next, but because there are so MANY paths this story can take. I generally know where I want it to end. I just don’t know how to get to that end.

This is why the first half of my plot outline for the new WIP is pages long and full of cool details. And the second half is … um, well… it’s blank.

I was kind of worried about this, but then I figured it could be a good thing. And I figured this while watching my beloved Wests Tigers play (and lose) another game (don’t get me started…).

A book, much like a game of football, is a tale of two halves. Every team goes into a game knowing the starting point (kick-off) and the end goal (walking away with a win, preferably a crushing defeat, that supplies two points on the ladder and a fantastic points differential). There will also be a detailed game plan – based on last week’s performance, where they are on the ladder, what current issues/injuries are affecting them, players playing out of position, whether it’s a home game, what they focused on in training, etc, etc.

But that game plan is only good up to the half time siren.

You walk into the sheds at half time with a 20 point deficit, you shake things up. You end the first forty minutes with three major injuries and a player sent off, and you start thinking twice about your earlier plan of putting on early points.

What it boils down to is this:

You can’t plan your second half until you know what position your first half has put you in.

Same goes for stories. I’ve spoken about this before – sometimes the little details you use to fill in your plot outlining can introduce a range of subtleties and nuances that shift the direction of your story. In the beginning the shift is negligible – but as it continues on that same trajectory, the difference becomes more and more noticeable.

It was the same with Divided Elements – what I had planned for my second half and what I executed were wildly different. In a good way. If I had stubbornly kept to the original game plan, I would have ended up with a incoherent, disjointed story with a lot of loose ends and an unsatisfying ending.

Which is why I am blissfully writing my way through the first half of this WIP without having a game plan for the second half. That can wait. I figure I will use the Midpoint as my new status quo and plot from there once I know my backstory (the first half).

What about you? If you are a plotter, do you plot the entire novel? And if so, do you ever allow yourself to change the plan late in the game?

So, we’ve figured out that stories are about stuff happening. And the best kind of stuff happening is the stuff that happens because of a problem. Problems are what are driving your story forward – they provide tension, intrigue, character development and (by necessity of requiring a solution) they provide momentum. Problems should plague your protagonist and proliferate in your plot.

But, as I have discovered, not all problems are equal. Some problems are better at ratcheting up tension and accelerating momentum. Some are deliciously subtle. Others are explosive. And others are…well, they are just another problem – an obstacle, a thorn in the side, a stone in the shoe. 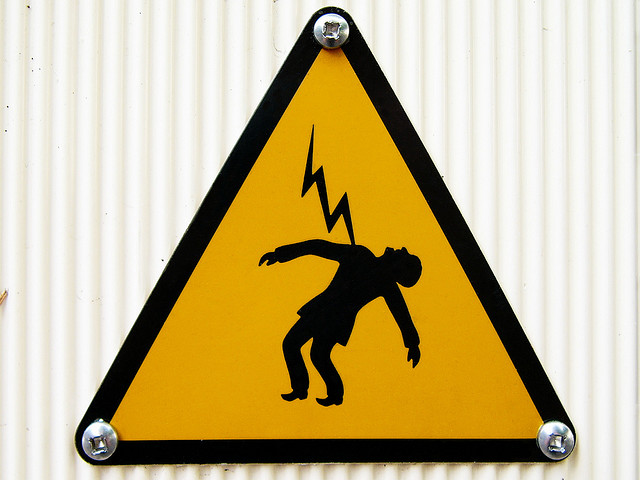 Which brings us to the three types of problems you can introduce in your story:

What problems have you introduced into your story? How do you use them to establish tension and drive momentum?